You would expect shakes and tremors to just be a symptom of aging, but nothing could be further from the truth. The so-called intention tremor – tremors starting when you’re trying to grab something – is indeed related to age, but young people could also suffer from trembling limbs, including the arms, head, hands, fingers, toes, feet, and so on.

It’s always quite a scare when the shakes or tremors start, especially when the possible cause of this condition is not clear. Scientific research showed that 5 percent of the population over the age of 40 is affected by some form of shakes or tremors. This is called ‘essential tremor’. Although researchers haven’t yet been able to find the cause, it is shown that a hereditary factor plays an important role in this.

What causes shakes and tremors?

Tremors can be categorised into two groups; ones that occur in a resting position and tremors that start when you’re moving. These are persistent movements that can’t be controlled that involve the contraction of the muscles. The start of tremors in certain parts of the body doesn’t mean it’s a disease symptom, because in most cases, it’s nothing severe.

This type of tremor occurs in rest, so without moving at all. These tremors could possibly be caused by Parkinson’s disease. If you start shaking and experience tremors out of the blue, it’s wise to investigate the package insert of your medication. Certain drugs cause this type of tremors. In these cases it’s smart to consult your doctor, so he or she can take another look at your medication.

These tremors usually stop once you start moving.

Recognizing Stress: How do you recognize stress signals from your body?

The cause of shakes and tremors that start while being active already could be of a neurological or psychological nature. It’s usually the fingers, the head, the mouth and the arms or legs that start to tremble and shake without any reason. Some people also experience a trembling voice, and they can no longer speak normally.

The symptoms could worsen whenever the person is stressed or anxious, but also during tasks that require concentration. Psychological suffering could also be responsible for uncontrolled muscle tremors, telling you it’s best to calm down a bit.

Can we help you?

Leave us your information and one of our coaches will contact you.

Action tremors can be divided into the following types:

Almost everyone will have some experience with this type, and it has no links to a disease. Possible causes are stress, too much exertion, exhaustion, withdrawal symptoms that occur in people who quit their alcohol, smoking or coffee addiction, low blood sugar levels, extreme cold, a hyperactive thyroid or medication.

These tremors are caused by a mutation in one’s metabolism. Think for instance of liver failure, a high level of cortisone in the blood, or a magnesium, potassium or vitamin B12 deficit. Tremors are mainly experienced in the hands and feet.

Tremors caused by defects in the little brain:

This type of tremors could be of genetic origin, but are also found in people with severe alcohol problems, Multiple Sclerosis, brain tumours and people who suffered from a cerebral infarction, a type of stroke. A feature of this type of tremors is the so-called intention tremor, which starts when you want to undertake a certain action such as writing or grabbing a glass of water.

This type of action tremor is often linked to other neurological indications and mainly manifests in the arms and legs.

Poisoning by mercury, lead and other heavy metals can be the cause of uncontrolled tremors of the muscles. Other causes of this type of tremors include carbon compounds, toxic types of alcohol and products containing cyanide compounds. These tremors are usually accompanied by muscle spasms and uncontrollable movements.

Certain diseases of the nervous system and the brain can cause tremors alongside other symptoms that are specific to the clinical picture.

Most people know this tremor under the name of ‘shaky legs syndrome’ or ‘restless legs’. When you don’t move your legs for a longer period of time and continue to sit in the same position, they can start to tingle and shake. The symptoms alleviate once you start moving, but they could continue for an extended period of time and can be quite persistent.

This type of shakes and tremors only shows when you try to carry out certain tasks.

This is the sudden trembling of for instance an eyelid or one of your fingers, and it happens spontaneously, either while in rest or in motion. The tremors usually disappear just as quickly as they appeared.

How to recognise tremors?

When you’re affected by tremors, it’s especially noticeable when keeping your arms extended. The symptoms could worsen from stress and alleviate from calming down. Tremors are spontaneous muscle contractions that can’t be suppressed, causing your fingers, legs or other parts of your body to spontaneously shake without any apparent cause.

In addition to symptoms such as crying about the slightest thing, dropping items and dragging yourself through the day, shakes and tremors can also be a cause of fatigue. Obviously, these symptoms don’t occur after a single bad sleep, but often show after a busy period or an extended lack of sleep.

These tremors could also arise in extreme perfectionists, who rarely ever really relax. This type of shakes and tremors has nothing at all to do with being ill, but it is however a clear sign that tells you to take action. People tend to forget to take care of themselves during busy times.

These signals should however be taken seriously if the shakes and tremors persist. Taking sufficient periods of rest, reorganising your days and tackling the cause of your hyper perfectionist nature could help to lessen or stop these tremors.

Stress is one of the major culprits when it comes to health. About 95 percent of all diseases are stress-related and its impact is significantly greater on women than on men. Our stress system is designed to be able to face short periods of overload and bring our body to safety in case of imminent danger.

This was useful during prehistoric times to escape from a bear or another predator, but stress in today’s society is usually not short-lived.

The anxiety, meeting deadlines and working hard in order to keep up requires effort from our stress system, even though it’s not designed for these things. During urgent stressful situations, our body responds by developing a fight or flight response by increasing the heart rate and speeding up one’s breathing to provide the blood with more oxygen.

Endorphines, with pain-relieving effects, are automatically produced. We start to sweat in order to stabilise the increased temperature in our body. Our muscles tense up on their own, because the subconscious indicates an unsafe situation and running away is the only option to escape from danger. We obviously no longer have to run from bears and tigers in this day and age, so the fight or flight response is no longer really needed.

Stress is currently usually caused by work and an excessive demand, for which running away isn’t always the solution.

Shakes and tremors: a physical response to stress

The human body has developed its own method to recover from stress, which is automatically started when needed. It gets rid of the accumulation of biochemical matter by starting quick tremors. Think for instance of shaky knees, shivering hands and legs and a trembling voice.

However, when the tremors and shakes of someone under severe stress no longer stop on their own, exercises or medication are needed in order to relax the stress system.

What to do about shakes and tremors?

People who suffer from stress and regularly experience tense situations should take action in order to change this. Incorporating daily moments of relaxation is a good start, but probably not enough to truly find the balance within. The first step is to examine the root cause of the stress. It’s difficult to find a proper solution if you don’t know what’s making you sick or causing you to tremble and shake.

Are you nervous by nature? Are you too much of a perfectionist? Were you perhaps overprotected as a child, so you’re currently not resilient against tensions? Various reasons could lead to stress having you in its clutches, making it difficult for you to get out of it.

Coaching could be a solution. Proper guidance from experienced coaches can teach you not just how to break free from the burdens of stress, but also help you find the cause of why you’re not stress-resistant. Medication can merely offer a temporary solution, so coaching is essential if you want to see permanent results.

Reducing stress and recovering from burnout can be quite the challenge. With the help of our professional coaches, we are convinced that a full recovery is within reach. Our years of experience has taught us what stepping stones will help you reach your goal more effectively and how to make sure the changes you make will be of help to you for the rest of your life. Let’s turn your burnout or stress into your best life ever.

Please check out our 3-step process:

Nice to meet you
I am Ruud Meulenberg. Owner and founder of Milltain. I coach people with stress and burnout complaints by letting them 'literally' get into motion (walking/running). Together with a powerful team of professional coaches, I help people to get rid of stress and burnout. I try to set a good example: I work a maximum of 24 hours a week, I exercise, enjoy my family and I have meaningful work!

Sports against stress: You often hear that sport helps against stress. But what’s so good about it? Stress often makes you feel tired all the time and then you should start working your backside off with a sport! Common situation: A hard day’s work, this morning you didn’t feel so good actually, but you persevered! Bickering!… 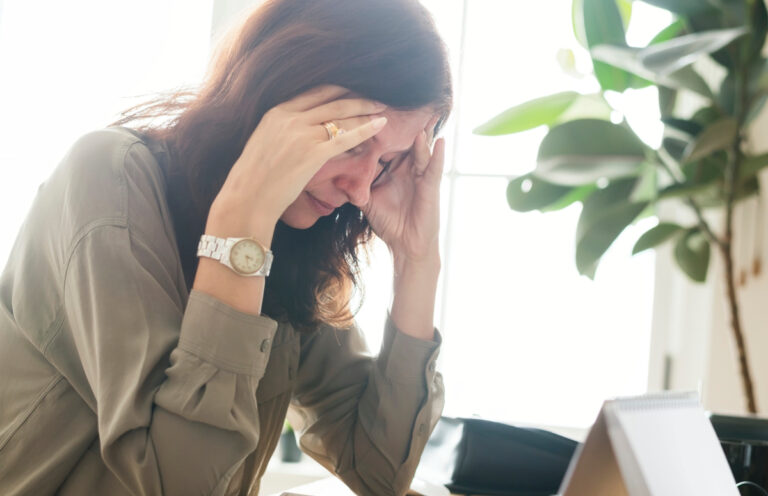 No matter how much stress you have, there are many symptoms associated with it. A couple of these symptoms involve dizziness and headaches. Not only that, but dizziness is often caused by an increase in stress. Also, if a disorder is present involving the inner ear, then dizziness can also take place and eventually turn…

It is a problem we all know: feeling extremely tired. Usually you suffer from problems that cause a high degree of stress. As soon as the stress subsides, the fatigue slowly disappears from your body. But if the stress persists for too long, your body becomes exhausted. Even after the stress has disappeared, you continue…

A weekly plan or a daily schedule can help you make your week more manageable and thus create more peace and structure in your life. With stress and burnout it is important to have something to hold on to in your week. A plan helps you to become more balanced and  prevents you from overstepping…

Corona stress: Many people are shocked by the news of the corona virus in the world. A few weeks ago it hardly seemed to be a cause for panic and now one measure after another is being introduced to prevent it from spreading. It is not for nothing that many people are experiencing a high…

Not being able to enjoy yourself: Why are we unhappy, even though we have the ‘ideal’ life? Your life looks perfect in the eyes of your friends, family and colleagues. You have a nice, well-paid job, you have a busy and nice social life, live in a beautiful house and have a healthy relationship. So you…